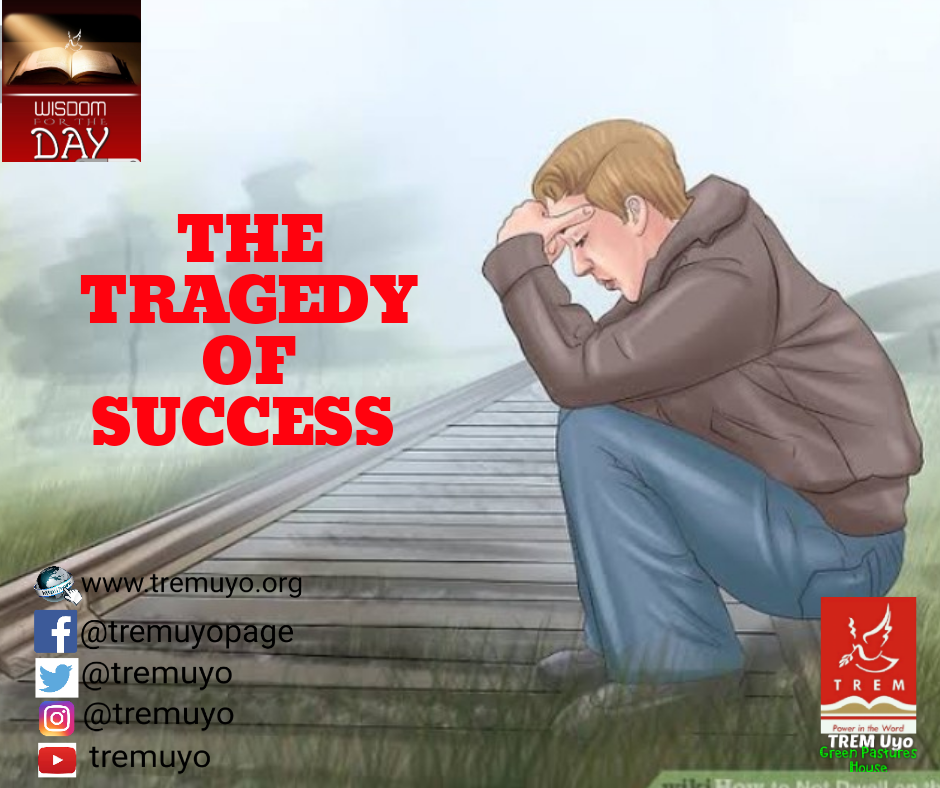 THE TRAGEDY OF SUCCESS

“And while they looked steadfastly toward heaven as he went up, behold, two men stood by them in white apparel; Which also said, Ye men of Galilee, why stand ye gazing up into heaven? this same Jesus, which is taken up from you into heaven, shall so come in like manner as ye have seen him go into heaven.” Acts 1:10-11 (KJV)

There are times that success becomes a setback, not because success is in itself is a challenge, but because men are prone to building a tabernacle around past successes.

In Acts of the Apostles, you read the account of Jesus being taken up into Heaven. The disciples were used to being with Jesus. They identified with Him and enjoyed His successes. Suddenly, before their eyes, He was arrested, crucified and buried. Three days later, they got the news of His resurrection and their hope rekindled. No sooner had they imagined that they had Him back with them than they saw Him being taken up to Heaven; of course, their reaction was simply human, they stood gazing at Him. I can imagine what was going on in their mind. Some of them were probably wishing that He would just drop back and continue with them.

When the Angels saw them gazing, they jolted them back to reality with our scripture reference for today which simply is a call to stop gazing and start working. Child of God, I have come with the same Word for you today: Stop nursing your achievements of yesterday, that is past already, get busy about moving forward. ‘But how far can I go?’ Should be your question. Yesterday is gone, there are still lands to conquer. There are many things to achieve for the Kingdom. The time to arise is now. Don’t get stuck living in the victory of yesterday, there are greater things to do.

Your mind has the capacity to achieve anything that you can conceive, great grace is resting on you already. What you did yesterday is proof that you can do much more. Rise up and go in this your might with a knowing that you will succeed.

YOU HAVE AN ASSURANCE

YOU HAVE AN ASSURANCE