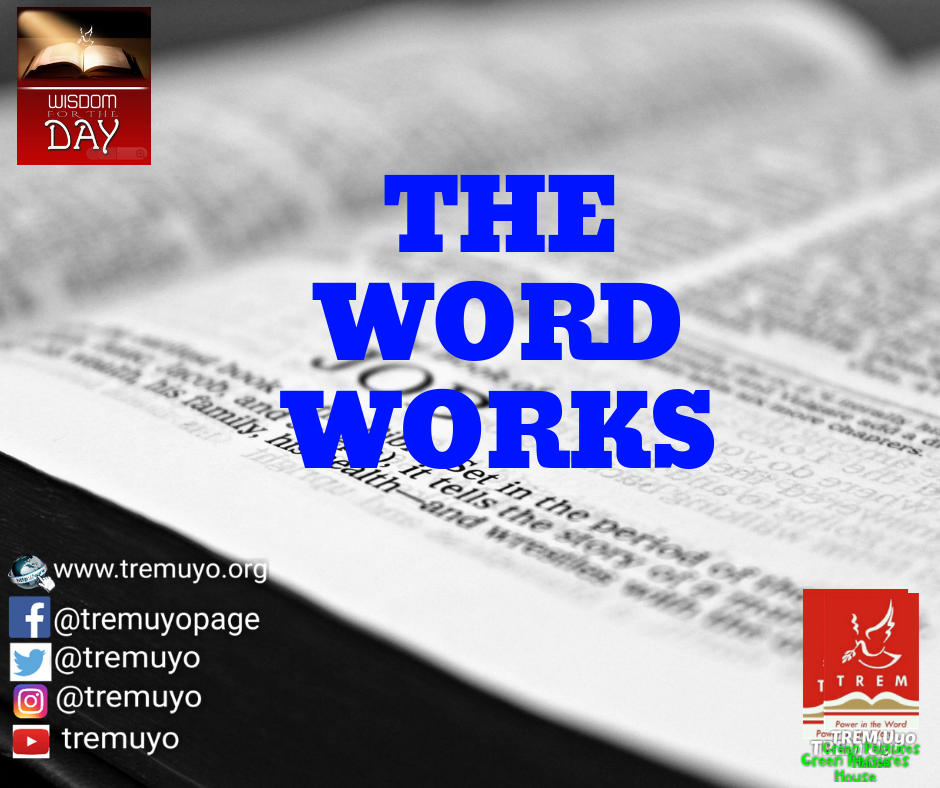 “Blessed be the LORD, that hath given rest unto his people Israel, according to all that he promised: there hath not failed one word of all his good promise, which he promised by the hand of Moses his servant.” 1 Kings 8:56 KJV

It is written: “Say ye to the righteous, that it shall be well with him: …” (Isaiah 3:10 KJV) It can never be bad with the righteous. It is already well. There is nothing the devil has fashioned that has the capacity to defeat you. Let the devil fire his best shot, you already have the victory because the Bible says that whatsoever is born of God overcometh the world. And the victory that overcomes the world is our faith.

We have an assurance in the scriptures that the Word never fails. People become frustrated, discouraged and depressed when they have forgotten what God has said.
In Luke 24:13-32, two people were on their way to Emmaus. The reason they got depressed and were murmuring and complaining was that they forgot the Lord had said: “…The Son of man must be delivered into the hands of sinful men, and be crucified, and the third day, rise again.”(Luke 24:7 KJV) As a result, Jesus was walking with them but they didn’t know. The one that they were talking about was right in their midst, but they could not recognize Him because they forgot the Word.

THERE IS POWER IN YOUR MOUTH

THERE IS POWER IN YOUR MOUTH